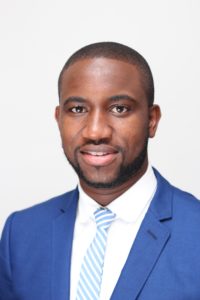 Mukhtaar Tijani is a result driven engineer with a strong technical background in the energy sector. He started his career at Schlumberger Oilfield Services and rose up to the position of Senior Field Engineer where he was responsible for planning and executing drilling jobs costing up to half a million USD daily. He continued his career as the Senior Engineer/Engineer in Charge at Kinley exploration where he reported directly to the Chief Executive Officer. At Kinley, Mukhtaar was tasked with building drilling and mining equipment from fabrication stage till complete utilization of the tools at the rig site. One of his most successful jobs was a $25million mining trial executed for Iluka, the Australian state owned mining company.

In November 2015, he was appointed by His Excellency the President of the Federal Republic of Nigeria as the Special Assistant on Power working in the Office of the Vice President. In this role, he was tasked with advising top-level government and proffer solutions to issues plaguing the Nigerian Electricity Supply Industry.

Based on his impressive track record and the wealth of experience gained, He was appointed General Manager of the Lagos State Electricity Board in August 2019.

Mukhtaar is an indigene of Lagos Island from the Ita-agarawu area.